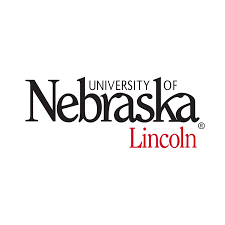 In 2015, the University of Nebraska - Lincoln completed a study that followed more than 150,000 teen drivers over eight years has found that driver's education significantly reduces crashes and traffic violations among new drivers.

Researchers Duane Shell and Ian Newman of the Nebraska Prevention Center for Alcohol and Drug Abuse at the University of Nebraska-Lincoln compiled the driving records of 151,800 Nebraska youth who obtained their provisional operators permit between 2003 and 2010.

About 53 percent of the teens took a state-approved driver's education course to qualify for the permit. The remainder qualified by logging 50 hours of practice driving under the supervision of a parent or other adult. During their first year of driving, the group who took driver's ed had significantly fewer accidents and traffic tickets than the group that logged driving hours without formal driving instruction.

> Similar trends were seen for alcohol-related violations and for crashes and traffic violations during the second year of driving.

"Teens taking driver education are less likely to be involved in crashes or to receive a traffic violation during their first two years of driving," the researchers concluded. "Because teen crashes and fatality rates are highest at ages 16-18, these reductions are especially meaningful. Driver education appears to make a difference in teen traffic outcomes at a time when risk is highest."

The findings contrast with studies dating back to the early 1980s that found no demonstrated benefit to driver's education courses. Those studies, and tight government budgets, led to many states reducing financial support for driver's education classes, said Fred Zwonechek, director of Nebraska's Office of Highway Safety.

Most driver's education courses in Nebraska are now offered by third-party providers. The National Safety Council, Nebraska, for example, teaches about 1400 students per year in the Metro Omaha area. Students pay the $325 fee for the course, which includes 20 hours of classroom instruction and 6 hours behind the wheel.

The UNL researchers said their study, essentially a census of all teens who obtained provisional operators permits during the study's time frame, avoided many of the methodological issues related to sampling that made it difficult for past studies to get a clear picture of the effects of driver's education.

Generally, the provisional permit forbids teens from driving without supervision after midnight. It also prohibits having more than one teenaged friend in the car during the first six months of driving.

Though girls and higher-income teens are more likely to take driver's education, the researchers found similar crash and violation results after controlling for factors such as economic status, urban/rural residence, ethnicity and gender.

The study appeared in the September edition of the journal Accident Analysis and Prevention.